Angela began performing at the age of 16 alongside her father, in a band touring northern BC. She gained notoriety and refined her talent, landing a spot on Canadian Idol’s Top 100 at the age of 23. Ange has since focused on furthering her musical abilities, finding her voice as an artist, and developing a local audience.

Today, Angela is playing regularly at popular establishments around Victoria including Bard n’ Banker and Irish Times. She is also performing at independent events around town on a varying basis and is currently focusing her creative efforts on writing more music.

Ange dreams of recording her own album and is well on her way as she continues writing and developing new material. She has a passion to entertain and inspire through her musical abilities. In the meantime, she will continue to ignite a flame in the heart of her audience as she shares her gift. 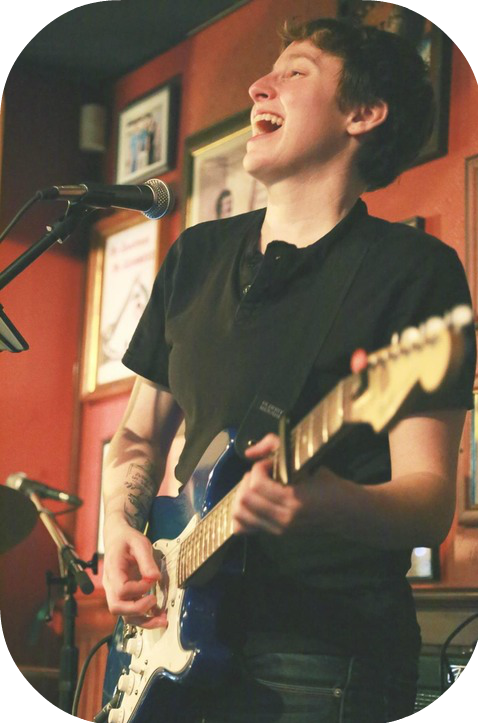